This video has been shared on Twitter by IFS officer Surender Mehra and it is written in the caption, ‘They are in trouble because of our mistakes’. This video is being liked a lot.

You must have known about Sea Lion i.e. sea lion. It is a sea creature, which is believed to be an ancestor species of bear. They are often seen lying on the stones on the shores of the sea. The specialty of this creature living in water is that it can swim in water at a speed of about 40 kilometers per hour. Videos of different types of creatures often go viral on social media, which are quite funny. Although sometimes some videos are quite surprising as well. One such surprising video is becoming very viral on social media nowadays, which is of a lion.

This video has been shared on Twitter by IFS officer Surender Mehra and it is written in the caption, ‘They are in trouble because of our mistakes’. This video is being liked a lot. This video of just 26 seconds has been viewed more than 22 thousand times so far, while hundreds of people have liked the video.

At the same time, many people have also commented on the video. One user wrote, ‘Leaving used nets in the ocean or ocean creates problems for marine organisms and unbalanced ecosystem’. Similarly, many other people have also made great comments.

Nowadays pollution has increased a lot even inside the sea, which has become a major threat to marine life. Especially plastic waste, which can never be destroyed. This waste has endangered the existence of different types of organisms living in the sea.

read this also: Have you ever eaten Maggi with Rooh Afza? People get angry after watching the viral video

read this also: A deer suddenly froze while walking on the road, a heart-wrenching video went viral on social media 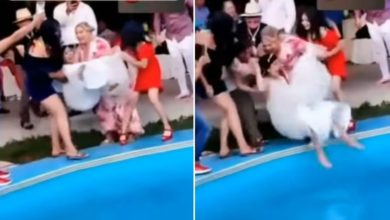 Video: Friends were about to drop the bride in the swimming pool, then seeing something like this happen, you will be blown away 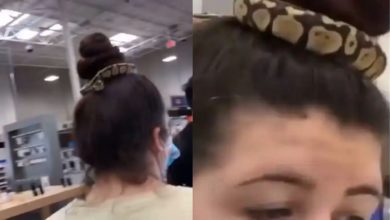 The woman went to the shopping mall after tying the snake in her hair! You will be stunned to see the viral video 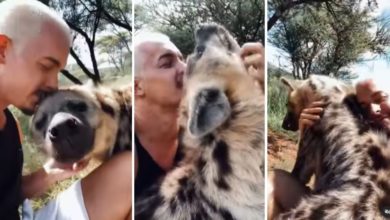 The video of a man kissing the dreaded hyena went viral, seeing people said – this is madness 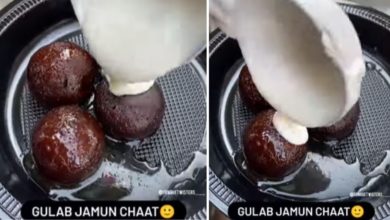 The vendor made ‘Gulab Jamun Chaat’, the public’s blood boiled after watching the video, said- Hell will not be lucky