New Delhi. Irfan Pathan and Yusuf Pathan The pair fiercely beat everyone from Daniel Vettori to Thisara Perera in legend league cricket. On the basis of the stormy innings of the Pathan Brothers, India Maharaja defeated the World Giants in a special match. Batting first in the match played in Kolkata, the legendary batsman of the World Giants could not stand in front of star bowler Pankaj Singh and the team could score only 170 runs for 8 wickets in the stipulated over.

Giants piled up in front of Pankaj Singh

Kevin O’Brien scored the highest 52 runs for the Giants. He hit 9 fours and a six in his innings. Apart from Brian, Dinesh Ramdin scored 42 not out. Fast bowler Pankaj took 5 wickets for 26 runs. He was the player of the match due to his excellent bowling. Chasing the target of 172 runs, India Maharaja’s team achieved the target at the loss of 4 wickets in the first 8 balls.

The #Legends with their winning trophy!

Tanmay Srivastava scored 54 runs for 39 runs. He hit 8 fours and a six in his wonderful innings. Irfan Pathan and Yusuf Pathan created a ruckus after the fourth wicket fell in the form of Tanmay for 153 runs.

Together, the Pathan Brothers beat the legendary players like Daniel Vettori, Muttiah Muralitharan, Thisara Perera. Pathan Brothers put a total of 10 boundaries in their stormy innings. That is, he added a total of 56 runs in 10 balls. Yusuf He scored 50 not out off 35 balls, which included 5 fours and 2 sixes. At the same time, Irfan played a quick innings of 20 runs in 9 balls. He hit 3 sixes. Apart from these, Parthiv Patel scored 18, Virender Sehwag scored 4 and Mohammad Kaif scored 11 runs. This was a special match of this league, while the first match will be played between Gujarat Giants and India Capitals on Saturday.

The first gold host of CWG 2022 named England, the champion in this event, know what happened to India? 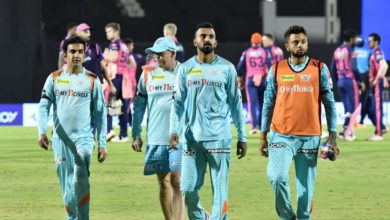 IPL 2022: If LSG loses against KKR, then what will be the playoff maths, know here 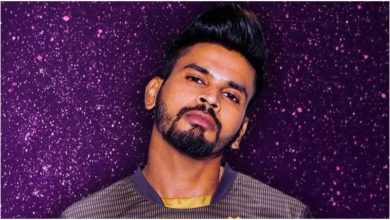 Shreyas Iyer made a big promise to KKR fans after scoring 204 runs in T20 series, said – I will change the atmosphere 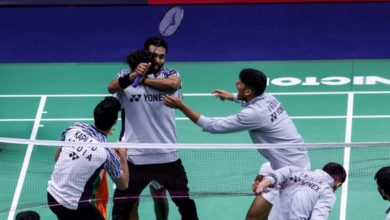