This hair-raising incident is being told of Hyderabad. This video has been shared on social media platform Twitter and it has been told that three people were killed in this accident, including a bike rider as well as a person crossing the road on foot.

3 people were the victims of an accident on the road

There is no dearth of such people in the world, who do what they are forbidden to do. Especially in India there are many such people. You must have seen that where it is written on the walls that ‘It is forbidden to throw garbage here’, people often go there by throwing garbage there. A similar view is also seen on the roads. People risk their lives to cross the road carelessly, while vehicles are always plying on those roads. It is not that underground or bridges have not been built for pedestrians to cross the road, but people do so in a hurry. social media But nowadays one related to this video viral Happening.

Actually, in this video, a person is seen crossing the road risking his life, while cars and bikes are passing through that road at high speed. In such a situation, a bike rider becomes a victim of an accident due to a pedestrian and loses his life. In the video you can see that vehicles are going at high speed on the road and a person is trying to cross the road while walking. Then a speeding bike rider comes and hits him. In such a situation, the bike rider falls on the same road, in the meantime a truck passing by climbs on top of him. Now you yourself think who is at fault in this accident?

See how three people came together under the truck

#Hyderabad #Telangana
Three people were killed on spot in an accident at Medchal on early hours of Monday. As seen in the video, the overspeeding bike hit a man who was crossing the road and then all the three of them came under the truck Police have registered a case pic.twitter.com/rjL7VtMxuk

This hair-raising incident is being told of Hyderabad. This video has been shared on the social media platform Twitter with the ID named @siddharthk63 and it has been told that three people were killed in this accident, including a bike rider as well as a person crossing the road on foot.


It is written in the caption of the video that the police have registered a case in this matter. That is why it is said that the road should always be crossed by looking at it and one should never try to cross from such a place, from where vehicles are passing at high speed. 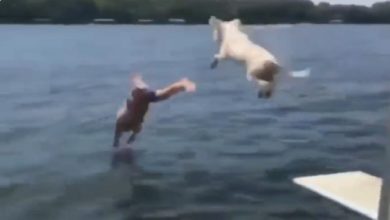 When the dog also jumped in the water after following the person, the video was viewed more than 4 lakh times 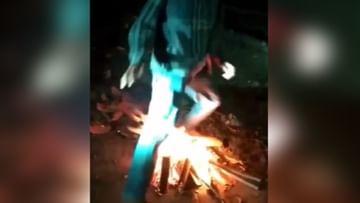 Playing with the fire was not heavy, the condition of the man became bad; video viral 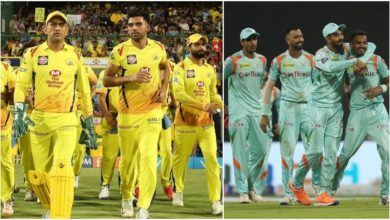 #CSKvsLSG: ‘Kings’ of Chennai will give competition to the Nawabs, know the condition of today’s match through memes 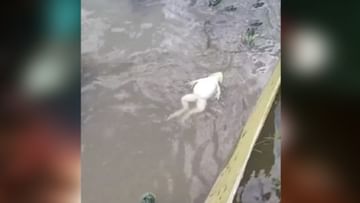 The frog was seen floating upside down in the water like humans, the video surprised everyone!