E Shram Portal: 1000 rupees came in the account of workers: Uttar Pradesh Chief Minister Yogi Adityanath ji, while issuing the new year gift to the workers associated with the unorganized sectors, in their accounts. 1000 rupees This amount has been transferred by the state government to the accounts of registered workers before the assembly elections. In the first phase by the UP government, this benefit will be extended to all those unorganized areas of the state. 1.5 crore workers have been transferred to their accounts for the maintenance of 31 December on or before e-shram portal (E Shram Portal) But his registration was done.

By the Government of Uttar Pradesh, the workers of the state like workers of unorganized sectors. Rickshaw Drivers, Street Vendors, Rickshaw Drivers, Coolies, construction workers and vendors Allowance amount has been released for maintenance. State by Yogi government fifteen million Total in the accounts of registered workers 1500 crores The amount has been transferred on Monday, in which the government has 1000 rupees Allowance amount of Rs. To improve the economic condition of such a large number of workers, Uttar Pradesh has become the first state to issue allowance to them, after which many other states are also adopting the system of implementing this facility for the workers.

In order to make the living of the workers registered on the e-Shramik portal on behalf of the state government, the workers’ accounts will be credited every month. 500 rupees on monthly basis for two months 1000 rupees Unemployment allowance will be given. This benefit will be released by the state government only in the accounts of the registered workers. For which the workers of the state who have till now e-shram portal (E Shram Portal) have not got their registration done on the official website of the portal eshram.gov.in But by completing the process of registration by himself or through CSC center, you will be able to get the benefit of the assistance amount being given by the government.

per month to the registered workers of the state 500 rupees Since providing the benefit of Rs. In which according to the data released in the portal so far 19,56,37,216 The registration has been done by the workers, who are given by the state government every two months under the scheme. 1000 rupees You can get the benefit of the scheme.

Any workers of the state who have not yet registered on the e-Shram portal, they will be able to complete their registration by reading the process described here. 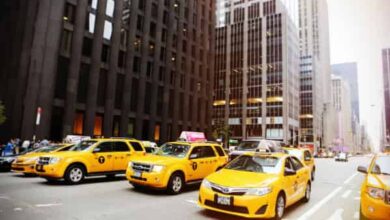 Where to Stay in New York: Hotels, Apartments, Areas Delhi Free Ration Scheme: Delhi government has extended the duration of the scheme of free ration, know how long will the benefit be available?