If you are also looking to buy a car that offers good safety, we have compiled a list of 10 safest made-in-India cars in the market for you.

10 safest cars to be found in India, Global NCAP test gave such a safety rating

Safest Cars in India: Global NCAP first conducted crash tests on Indian cars in 2014, the results of which were not very good. After which some big steps have been taken in car safety. New laws mandating standard fitment of safety kits have come in and since then many new and safe cars have been launched in the market. In 2018, we received our first 5-star rated model with the Nexon, and in 2021 not only has this number expanded, but now there is also a 4-star rated Made-in-India EV. If you are also looking to buy a car that offers good safety, we have compiled a list of 10 safest made-in-India cars in the market for you.

Tata has lived up to its promise that safety was a priority with the punch. The carmaker’s third 5-star rated car in recent years, Punch has marginally outclassed the XUV300 to top the list with 16.45 points for adult occupancy protection. Punch has also scored well for Child Occupant Protection with a 4-star rating.

Mahindra’s sub-4m SUV also gets a 5-star rating for adult occupancy though its score of 16.42 sees it drop one place in the listing. The SUV also scored four stars for child occupant protection, scoring 37.44/49. Like other models in this listing, the XUV300 packs in standard kit like two airbags, ABS with EBD, rear disc brake, ISOFIX child-seat mount, seat belt reminder and rear parking sensors. The higher-spec variant with six airbags, front parking sensors, electronic stability program, front and rear fog lamps, a tire pressure monitoring system and a rear parking camera adds to the safety kit even more.

Currently the safest India-made hatchback for sale in the market, the Altroz ​​is the second 5-star rated model from Tata in the listing, receiving a score of 16.13 out of 17 for the safety of adult occupants. Interestingly, being based on the same platform as the Punch, the hatch didn’t score as well as the latter in terms of the safety of the child occupants, as the rear seat backrest in the test scored three stars (29/49). ) and the head of the three-year-old dummy made contact with the interior.

The Nexon holds the distinction of being the first made-in-India car to be awarded a full 5-star safety rating by the global NCAP. Tata’s compact SUV was initially awarded a 4-star rating, with the carmaker upgrading the model following the results and sending it back for the second round where it secured all five stars (16.06/17). The child occupancy rating of Nexon is three stars (25/49). One thing to note is that while it was the pre-facelift model that went with the rating, the model currently on sale has been further upgraded to meet the pedestrian safety norms.

Two airbags, ABS and ISOFIX child-seat mounts come as standard across all variants of the Tata Nexon. Currently, the wider Tata Nexon range is priced from Rs 7.30 lakh, with prices going up to Rs 13.35 lakh for the top-spec diesel-automatic model.

Mahindra’s XUV700 was arguably Mahindra’s biggest launch of the calendar year and while its impressive catalog has grabbed public attention, Mahindra hasn’t kept safety a priority. The XUV700 is the only three-row SUV to get a full 5-star rating (16.03). Child Safety is also an impressive four-star.

Mahindra has packed a lot of safety technology into the XUV700, and while the lower variant gets only the basics, the fully loaded variant gets all the bells and whistles, including seven airbags and autonomous emergency braking, adaptive cruise control and more. More advanced driver aids such as are included. The SUV700 is priced between Rs 12.49 lakh-22.99 lakh.

The first made-in-India MPV to achieve a 4-star rating, Mahindra Marazzo outperformed its nearest rival, people carriers like the Maruti Suzuki Ertiga. The Marazzo MPV scored 12.85 out of 17 in adult safety and 22.22 out of 49 in child occupancy (two stars), thanks to safety features like dual front airbags, ABS, driver side seat-belt reminder, front seat-belt pretensioner and ISOFIX Kits have been received. Anchor for the rear seats – standard of all types. This score also means that it is the safest MPV on sale in India. The price is currently between Rs 12.42 lakh-14.49 lakh.

The oldest model on the list, the Polo earned its 4-star rating in 2014 ahead of the government’s order to install safety systems like airbags, ABS and seatbelt reminders for all vehicles. Despite the lack of some of the safety kits available on today’s models like ABS and seat-belt reminders, the VW Polo with two airbags scored a solid 4-star rating for adult-occupant safety (12.54/17) in 2014. It also scored three. Stars for child safety (29.91/49), despite the lack of ISOFIX child-seat mounts.

Mahindra’s second generation Thar is not only a capable off-roader but also a safe one. The second generation off-roader gets a remarkable four stars for both adult (12.52) and child safety. Interestingly, the Safety Score also brings with it an update for the Thar range, with Mahindra limiting it to the front and rear seat variants only. The SUV could earlier be placed in the second row with side facing jump seats.

In terms of safety, the Thar gets dual airbags, ABS, rear parking sensors and even a roll cage as standard, with the fully loaded model also packed into the ESP. The price of second-gen Thar starts at Rs 12.79 Lakh.

The facelifted Tiago and Tigor get the same 4-star rating as Mahindra Thar – they too scored 12.52 out of 17. Apart from the standard model, Tata also earned a 4-star safety rating for the updated Tigor EV – the first electric vehicle to be tested by Global NCAP. While lower than the standard model – 12 points against 12.52 – the score is still commendable, considering that the EV has to deal with the added weight and mass of the underbody battery pack.

At the tenth spot in the list of safest cars is the popular Maruti Vitara Brezza – the safest Maruti currently on sale in the country. While the Brezza was awarded a 4-star rating for adult occupancy (12.51 out of 17), it only came in at two stars for child occupancy (17.93 out of 49). All variants of Maruti Suzuki Vitara Brezza are equipped with two airbags, ABS with EBD, front seat belts with pretensioners, driver side seat-belt reminder and ISOFIX child-seat mount.

Maruti is preparing a major update for the Vitara Brezza as well, with the new model expected to arrive next year.

read this also- Tata Motors is soon going to bring CNG variants of Tiago and Tigor, know what will be the updates

Even you are not going to buy Mahindra XUV700, waiting period is more than 1.5 years

See here every variant and price of Hyundai Tucson 2022, will wait for 10 months for delivery 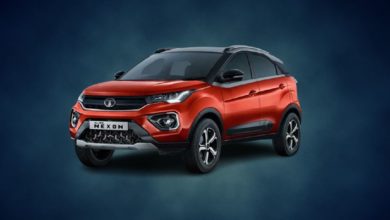 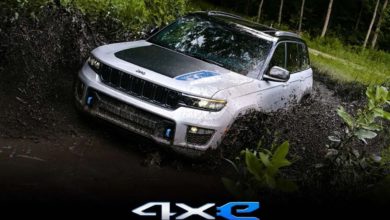 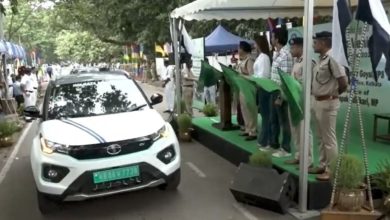 Now the police will catch the criminals with an electric car, Electric Nexon joined the squad of this state